Quantum Computing at LRZ: Plans for the LRZ QIC 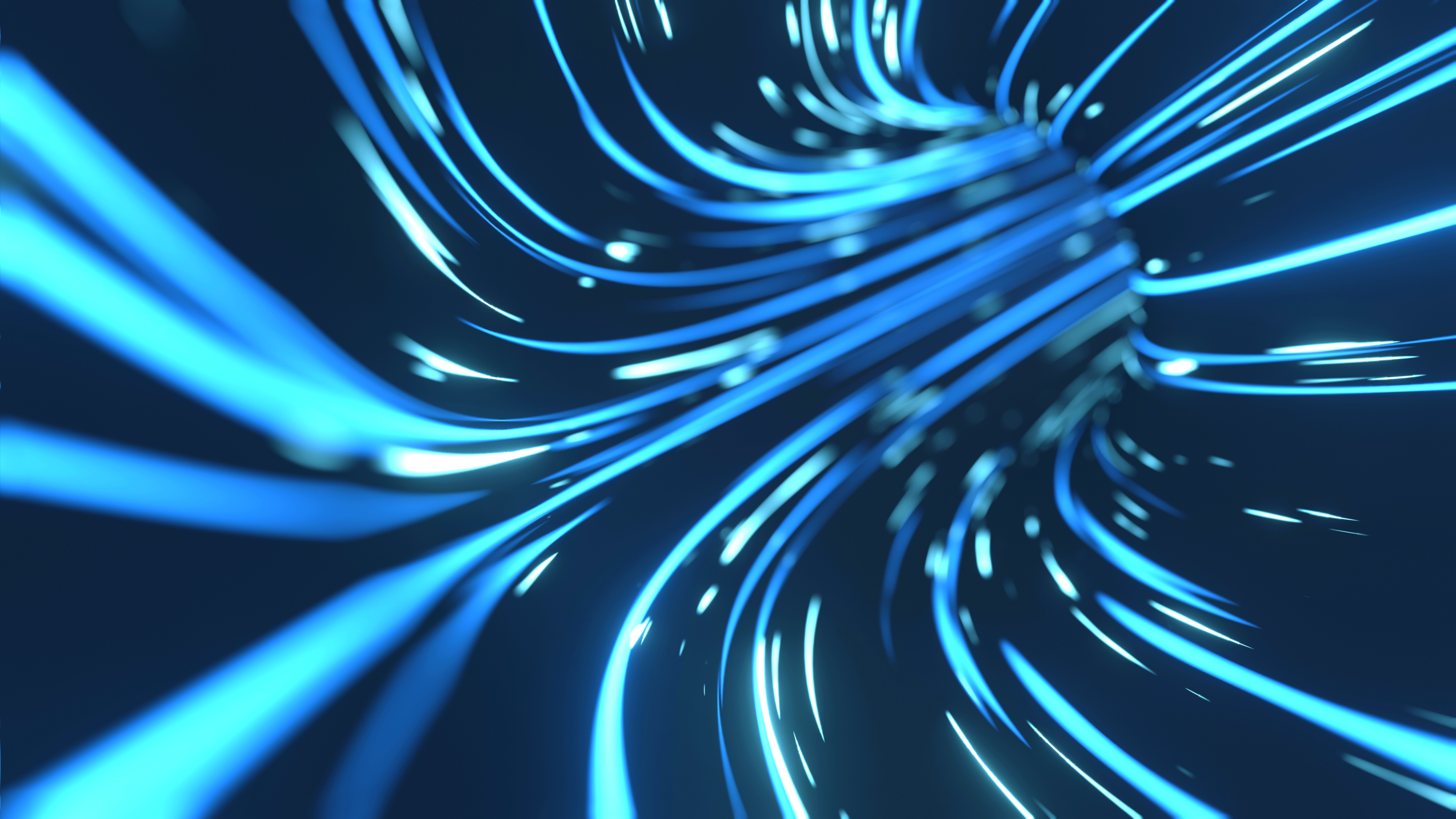 "Finding and inspiring the right specialists for the QIC"

Numerous media reports, many "likes" and followers on social media: The grand opening with high-ranking politicians and scientists brought a lot of attention to the Quantum Integration Centre (QIC) at the Leibniz Supercomputing Center (LRZ). Luigi Iapichino, who holds a PhD in astrophysics, heads the team of quantum computing at LRZ. He is assisted by Stefan Huber, who holds a PhD in quantum physics, who will provide future users with access to the first quantum simulators and support them in their work. Interest in working with Atos' Quantum Learning Machine (QLM) or Intel's 42-qubit simulator is growing in the scientific community. Along the way, the QIC is preparing to add additional resources and services to its portfolio and to advance its research efforts for future capability development: "We are in intense build-up mode now," says Luigi Iapichino. The QIC is growing its team and setting up space. In an interview, Iapichino and Huber explain how the QIC is preparing to meet the needs of the quantum computing community, further research projects and the benefits of international networking.

After the opening, it's time to get to work - what's on the QIC agenda now? Dr. Luigi Iapichino: The QIC is an umbrella under which all quantum activities of the LRZ are gathered. The grand opening has given the QIC a lot of visibility, but some quantum systems have already been in place at the LRZ for a while now. A 42-qubit simulator from Intel for example is now being added by the new Quantum Learning Machine from Atos with 38 qubits. The LRZ is already a partner of quantum research projects such as the "Digital-Analog Quantum Computing - DAQC" of Bundesministerium für Bildung und Forschung, has established the Bavarian Quantum Community BQCX in 2019 and has offered seminars on quantum computing. We will continue these tasks in a concentrated way, for which we are now building structures. For example, we are looking for quantum specialists and quantum engineers and setting up our quantum lab space. At the beginning of May, we organized an introductory course with Atos on the use of the Quantum Learning Machine with 12 participants, because it works technically quite differently from high-performance computers.

You two are responsible for the LRZ's first quantum services - how much demand is there for the QIC's Intel Quantum Simulator and Atos Learning Machine? Iapichino: The interest in quantum resources is very high. Researchers from our local universities supported LRZ with evaluating this technology and provides feedback when we proposed this new aservoce. Right now, research is networking with manufacturing companies - other data centers in Europe are installing similar systems, and experiences are being exchanged at conferences. We are developing research projects ourselves and will participate in others. In this way, we are preparing for the future; after all, there are no quantum computers yet that work better than the simulations on a supercomputer.
Dr. Stefan Huber: Among others quantum computers are supposed to be faster in prime number factorization and to search better lists. A large user community has been formed in Munich, and the city is one of the hotspots of quantum computing. The disciplines of quantum information and quantum communication are researching the changes that quantum mechanics brings to (computer) technology and need simulators to develop theoretical foundations and algorithms and also test them with smaller systems. As long as there is no universal quantum computer, quantum chemistry can be modeled on it. The good thing about the Atos QLM is that it can be used to simulate different quantum systems, including their individual noise. This enables the comparison of design concepts and shows whether and how algorithms function on different systems.

In practical terms, how do researchers gain access to the simulators at the LRZ? Iapichino: Initially, the participants of the introductory course with Atos will be admitted in the early user phase, so we can document initial experiences, give instructions and get to know needs. After that, we will systematically expand the circle of users.
Huber: Presumably, as with the Linux cluster, it will primarily be the master users who will allocate computing time. Each interested chair will have a fixed quota of computing time on the cluster; if more is needed, the master users can apply to us for it. However, the processes are not yet fixed.

Do you actually work with the simulator or the learning machine from time to time? Huber: I researched theories of quantum information and explored the limits of quantum communication. That's why I'm personally interested in it; after taking a programming course at IBM, I keep trying out the simulators, building gates and circuits, trying to implement algorithms. Nothing concrete yet, but I want to warm up to the machines.
Iapichino: I don't have the time right now because I'm busy working with Intel Labs to improve the performance of the quantum simulator. But I already have some ideas to test the Quantum Learning Machine.
Huber: That's right - a rigorous comparison of the two simulators will certainly provide interesting insights for our users.

Are further acquisitions planned in the Quantum area? Iapichino: Yes, that is part of the strategy. Most quantum companies do not yet sell systems, not even to universities or research institutions. For us, this means developing components ourselves, as is planned in the DAQC project, hosting test systems that are acquired as part of research projects, and negotiating with the companies so that we can offer our users remote access to their quantum systems. We are having a lot of discussions about this right now.

What are the practical tasks of the LRZ QIC in the DAQC research project? Iapichino: The LRZ is the only computing center in the consortium and will soon integrate a quantum processing unit, QPU, from the Finnish-German startup IQM into an HPC system and then explore how a quantum chip can be further developed with the help of supercomputing. The connection to the hardware will play a role, as will the software to couple the systems together and HPC programming models. The QPU will be hosted in a newly established lab space, where a small test HPC  system will be installed in its vicinity.

Are there other research projects in which the QIC is involved? Iapichino: BayQS - the Bavarian Competence Center Quantum Security and Data Science - started at the end of April. Together with the Fraunhofer Institute for Applied and Integrated Security and the Munich universities, we are researching relevant software and technology issues related to quantum computing. It is about programming, about reliability and security issues, also about the simulation of quantum computers on supercomputers and about the development of algorithms. Research goals are concepts for the construction and architectures of quantum computers. Another two research projects are currently in preparation. We have a lot to do.

How do you find users and research projects for the QIC? Iapichino: The LRZ and its QIC are still new to the quantum community, but we have a very good reputation as a supercomputing center. Since two years we are regular inviting our BQCX community – BQCX stands for the Bavarian Quantum Computing eXchange – and through participation in Munich Quantum Valley, we are very well connected in the local, regional and international quantum community, and there are also close contacts with the universities in Munich and Bavaria; these connections also extend all over the world. We participate in calls for proposals. Last but not least, our colleagues, especially the LRZ directorate and the advisory board, are well wired in the scientific community, which is another way we learn about research tasks where we can contribute our expertise.

If you had one wish - what would you like for the QIC? Huber: That we manage to properly exploit the great momentum that the topic of quantum computing is currently experiencing in public, that means that many researchers become interested in it and establish useful, stable services. And that quantum computing like HPC will support once more and more research areas.
Iapichino: The LRZ is internationally recognized in the HPC field, so if we achieve a similar reputation in quantum computing in five years, that would be a great success. This is not so much about the systems, a big wish is to find the right specialists for the QIC and to inspire them.

I thought that the wishes were about technology, systems, acquisitions. Huber: So much is changing so quickly in quantum computing that it is difficult to wish for a particular technology. We will soon have even more test systems in Garching. Quantum computing is still in the test phase, but it was all about QIC - and for that it is more important what role we can and will play. (interview: vs)