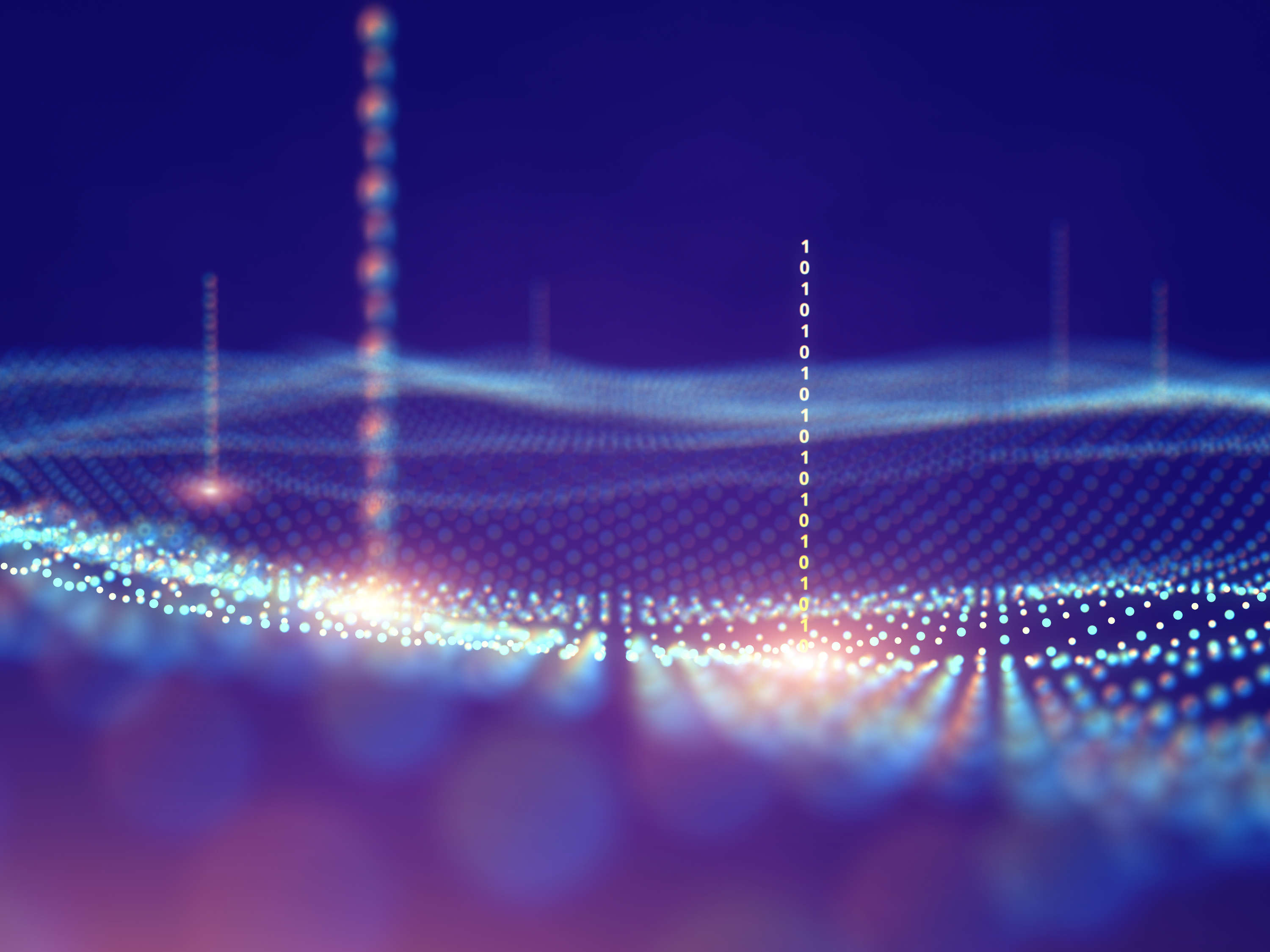 Highly interesting guests from Munich and Innsbruck as well as a research update from the Quantum Integration Centre (QIC) of the Leibniz Supercomputing Centre (LRZ): On 14 September, the Bavarian Quantum Computing eXchange (BQCX), the community of quantum specialists, which was initiated by LRZ, met again for the first time after the summer break. And the lecture programme had a lot to offer: Stefan Birner, a PhD physicist and co-founder of the Munich-based company Nextnano, explained the basic principles of what are known as flying quantum bits or qubits. These are special computing units for quantum computing made of electrons that are suitable, among other things, for transmitting signals and could thus improve communication between quantum components.

Flying qubits for the exchange of information

Nextnano was founded in 2012 and initially developed simulation software for electronic and optoelectronic semiconductor nanodevices. These in turn are used, for example, in LED technology, in laser diodes or in sensors that convert light into electrical signals. Semiconductor technology and optical processes can also be used to isolate electrons from atoms and manipulate them in such a way that they can be used as the smallest compute unit in quantum computing to transmit information or carry out computing operations. In most cases, they are even faster than qubits, which are obtained in ion traps or from atoms, or entangle and cooperate in superconducting circuits. Nextnano is developing processors and components for the use of flying qubits, possibly one day complementing and extending the work of other quantum hardware solutions. Birner showed the conditions needed for the isolated electrons to interact and how they can be intertwined  to form circuits.

In the QIC laboratory, specialists are working on integrating quantum processors into classical computers. The processors have not yet been delivered, but their physical integration is currently being researched. In order to be able to better assess different hardware components, technical requirements and later usage scenarios, the researchers are currently simulating the work and functions of hybrid systems. Muhammad Nufail Farooqi, who holds a PhD in computer science,, told the BQCX community about their initial experiences from these experiments.  Latencies between quantum processors and computing nodes were observed, for example, which significantly reduce the throughput in the hybrid system. The LRZ quantum team and its partners also analysed the reprogramming time of control electronics, which can significantly affect the throughput if the latency between quantum processors and compute nodes is low. In terms of applications, In terms of applications, the LRZ conducted preliminary studies on the behaviour of a hybrid system. For this purpose, different execution times of quantum circuits were simulated compared to classical computing times. Further simulations for planning and coordinating jobs and tasks are already part of the LRZ quantum team's agenda.

An operating system for quantum computing

Last but not least, Christian Ertler from ParityQC joined the event as well: He holds a PhD in theoretical physics, develops technology for quantum computing in this young Innsbruck and Munich-based company, and is also in charge of strategic partnerships. Although ParityQC works with different quantum processors, it devotes itself primarily to the development of an operating system and, for that purpose, to compilation issues. Similar to classical computers, quantum computers will also need software that controls and monitors them, as well as tools that convert software commands or source codes into machine language. ParityQC is developing a platform that provides tools for compiling quantum circuits as Software as a Service (SaaS). The platform combines different quantum processors and ensures the interoperability of these systems. The new processors today differ in the way qubits are created, and how they interact or are entwined with each other. Semiconducting and superconducting technologies, ion traps as well as optical and other physical methods are used for this purpose. Ertler explained a process called transpilation, whereby quantum gates and circuits are stimulated subject to different hardware constraints and how these can be used for computing operations.

Optimization is another field for developments in the noisy intermediate-scale quantum (NISQ) era. In order to benefit the quantum advantages, the optimization problem has to be translated into the correct quantum form. As a key element of an operating system and its platform, ParityQC has developed a new, more efficient approach to the required translation for each processor type.. The different quantum processors are still working in isolation from each other. It is possible that one day systems for different applications will emerge. Platforms such as ParityQY build bridges and offer a broad technology spectrum for applications. The experiences of the young company are also relevant to the question of how quantum computing can be integrated into classical supercomputing: This is the challenge the LRZ and its partners face in various research projects.

The exchange of knowledge in the BQCX circle will continue in October: The next meeting will take place on 12 October, 2022. You can find the topics here: https://www.quantum.lrz.de/bqcx; register via bqcx@lrz.de