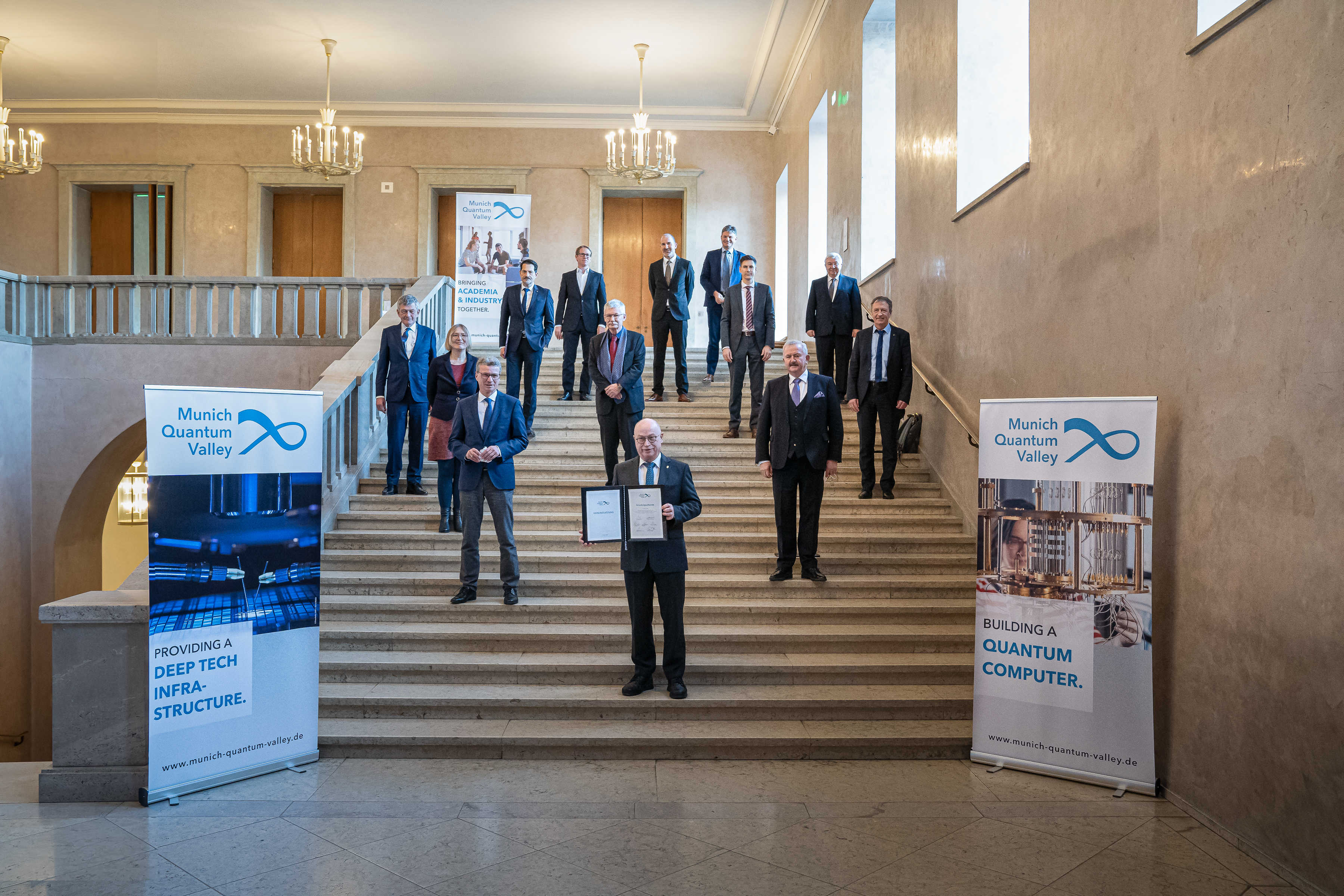 Bavaria's high-tech agenda is moving forward: In order to advance the research and development of quantum computing, the initiative "Munich Quantum Valley" (MQV) has now been formed as an association. The founding members are the Friedrich Alexander University of Erlangen-Nuremberg, the Ludwig Maximilian University and the Technical University in Munich, the German Aerospace Center, the Fraunhofer and Max Planck Societies as well as the Bavarian Academy of Sciences and Humanities with its institutes, the Walther Meissner Institute and the Leibniz Supercomputing Center (LRZ). The goal of the MQV association is to accelerate the translation of scientific findings into practical products and market-ready technology. To this end, a center for quantum computing and technology is to be established over the next five years, as well as a technology park. The MQV is financed by subsidies from Bavaria and the federal government.

The LRZ is bundling its quantum activities in the Quantum Integration Centre (QIC). "The strategy of the QIC is based on three pillars: We will offer quantum services to researchers, advise and train users and, as an academic computing center, accompany, research and help shape the further development of this future technology," says Prof. Dr. Dieter Kranzlmüller, director of the LRZ. The academic computing center in Garching already received funding from the German Bundesministerium für Bildung und Forschung (BMBF) last year to purchase its first quantum system, and was also able to acquire notable research projects together with universities and institutes. "We are now opening the door to the quantum era," Kranzlmüller continued. "Integrating quantum into HPC systems can enormously enrich science and research and strengthen the power of the next supercomputers." Most of the research projects of the LRZ and its partners in the MQV aim to design a Munich Quantum software stack that will make complete quantum systems easier to use. It will also be used to develop programming and software environments for a wide variety of application areas. Another project: Quantum computing is intended to complement supercomputing and give more power to the next generation of computers, exascale systems.

More information about the foundation of Munich Quantum Valley, its financing and plans can be found in the press release of BADW.